Nearly $100m In Cash Forfeited To The State

Good day Colleagues, As you may be aware, the current Presidency of ARIN-CARIB resides in Trinidad and Tobago.  The representatives are Joan Honore-Paul, Deputy Director [...]

The Presidency of the Asset Recovery Inter-Agency Network for the Caribbean rotates annually among member states. In 2018, the Presidency was held by St. [...]

A former member of the Parliament of Barbados has been arrested in Florida on conspiracy and money laundering charges filed in Brooklyn federal court.Donville [...]

Nearly $100m In Cash Forfeited To The State

Nearly $100 million in cash, including $68 million taken from two suspected South African 'money mules', was turned over to the Government's coffers in [...]

On June 28 and 29, 2017, criminal justice officials representing 32 jurisdictions and constituent countries in the Caribbean region are meeting in Miami, Florida, [...]

Santo Domingo.- The National District 1st Collegiate Court on Thursday convicted five of the eight charged with fraud, conspiracy and embezzlement in the bankruptcy [...] 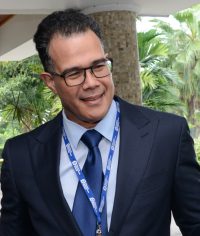 Nearly $100 million in cash, including $68 million taken from two suspected South African ‘money mules’, was turned over to the Government’s coffers in the first five months of the current fiscal year.

During the same period, the Financial Investigations Division (FID) of the finance ministry used the Proceeds of Crime Act (POCA) to confiscate just over $41 million. POCA is the legislation enacted in 2007 to take the profit out of crime.

However, statistics obtained by The Gleaner show that between April and August this year, the courts ordered that cash totalling $91.6 million should be forfeited to the State in several cases investigated by the FID.

The bulk of the cash was forfeited in June when the courts ordered that $73.7 million should be turned over to the government’s coffers. This include US$263,257 or J$34 million and US$262,716 or J$34.1 million that was taken from the two South Africans at the Norman Manley International Airport (NMIA) in 2014.

The FID said $6.5 million was forfeited to the State in July, $6.2 million in August and $5 million in April.

Investigators revealed that the two suspected drug mules were intercepted when customs officers at NMIA requested a search of their luggage after they disembarked a flight from Panama.

According to the sleuths, the cash was confiscated and the men were subsequently taken before the parish court and ordered deported.

However, investigators said when the FID went to court to have the money forfeited to the government, a judge ordered that the money be returned to the men because they were not given an opportunity to explain how they came in possession of the cash.

An investigation later revealed that “in excess of US$2 million was seized from the two South Africans at another international airport (outside Jamaica) and that they were part of a major criminal syndicate based in Jamaica”, one source told The Gleaner.

The FID went to the Court of Appeal and successfully challenged the ruling of the parish court judge. A retrial was ordered, but the cash was ordered forfeited to the state after the South African failed to appear in court to contest the case, the agency said.

Just over $5 million was forfeited to the Government in April, $6.5 million in July and $6.2 million in August.