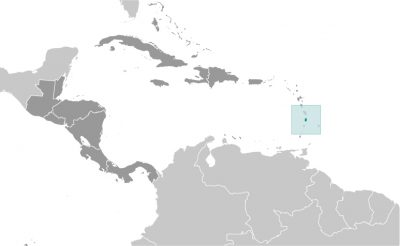 The island, with its fine natural harbor at Castries, was contested between England and France throughout the 17th and early 18th centuries (changing possession 14 times); it was finally ceded to the UK in 1814. Even after the abolition of slavery on its plantations in 1834, Saint Lucia remained an agricultural island, dedicated to producing tropical commodity crops. Self-government was granted in 1967 and independence in 1979.

Economy: The island nation has been able to attract foreign business and investment, especially in its offshore banking and tourism industries. Tourism is Saint Lucia’s main source of jobs and income – accounting for 65% of GDP – and the island’s main source of foreign exchange earnings. The manufacturing sector is the most diverse in the Eastern Caribbean area. Crops such as bananas, mangos, and avocados continue to be grown for export, but St. Lucia’s once solid banana industry has been devastated by strong competition.

St. Lucia has experienced anemic growth since the onset of the global financial crisis in 2008, largely because of a slowdown in tourism – airlines cut back on their routes to St. Lucia in 2012. Also, St. Lucia introduced a value added tax in 2012 of 15%, becoming the last country in the Eastern Caribbean to do so. In 2013, the government introduced a National Competitiveness and Productivity Council to address St. Lucia’s high public wages and lack of productivity.