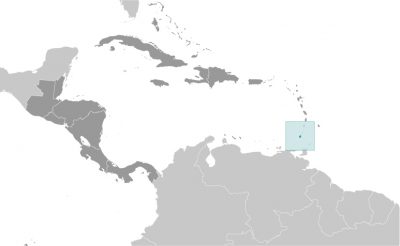 Carib Indians inhabited Grenada when Christopher COLUMBUS discovered the island in 1498, but it remained uncolonized for more than a century. The French settled Grenada in the 17th century, established sugar estates, and imported large numbers of African slaves. Britain took the island in 1762 and vigorously expanded sugar production. In the 19th century, cacao eventually surpassed sugar as the main export crop; in the 20th century, nutmeg became the leading export. In 1967, Britain gave Grenada autonomy over its internal affairs.

Full independence was attained in 1974 making Grenada one of the smallest independent countries in the Western Hemisphere. In 1979, a leftist New Jewel Movement seized power under Maurice BISHOP ushering in the Grenada Revolution. On 19 October 1983, factions within the revolutionary government overthrew and killed BISHOP and members of his party. Six days later the island was invaded by US forces and those of six other Caribbean nations, which quickly captured the ringleaders and their hundreds of Cuban advisers. The rule of law was restored and democratic elections were reinstituted the following year and have continued since then.

Economy: Grenada relies on tourism and revenue generated by St. George’s University – a private university offering degrees in medicine, veterinary medicine, public health, the health sciences, nursing, arts and sciences, and business – as its main source of foreign exchange. In the past two years the country expanded its sources of revenue, including from selling passports under its citizenship by investment program. These projects produced a resurgence in the construction and manufacturing sectors of the economy.

In 2017, Grenada experienced its fifth consecutive year of growth and the government successfully marked the completion of its five-year structural adjustment program that included among other things austerity measures, increased tax revenue and debt restructuring. Public debt-to-GDP was reduced from 100% of GDP in 2013 to 71.8% in 2017.