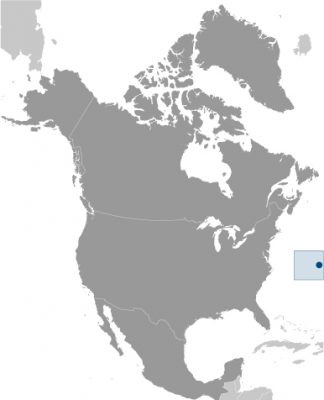 Bermuda was first settled in 1609 by shipwrecked English colonists heading for Virginia. Self-governing since 1620, Bermuda is the oldest and most populous of the British overseas territories. Vacationing to the island to escape North American winters first developed in Victorian times. Tourism continues to be important to the island’s economy, although international business has overtaken it in recent years. Bermuda has also developed into a highly successful offshore financial center. A referendum on independence from the UK was soundly defeated in 1995.

Economy: International business, which consists primarily of insurance and other financial services, is the real bedrock of Bermuda’s economy, consistently accounting for about 85% of the island’s GDP. Tourism is the country’s second largest industry, accounting for about 5% of Bermuda’s GDP but a much larger share of employment. Over 80% of visitors come from the US and the sector struggled in the wake of the global recession of 2008-09. Even the financial sector has lost roughly 5,000 high-paying expatriate jobs since 2008, weighing heavily on household consumption and retail sales. Bermuda must import almost everything. Agriculture and industry are limited due to the small size of the island.

Bermuda’s economy returned to negative growth in 2016, reporting a contraction of 0.1% GDP, after growing by 0.6% in 2015. Unemployment reached 7% in 2016 and 2017, public debt is growing and exceeds $2.4 billion, and the government continues to work on attracting foreign investment. Still, Bermuda enjoys one of the highest per capita incomes in the world.