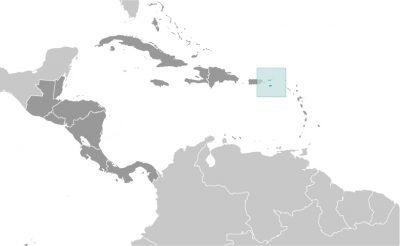 The Danes secured control over the southern Virgin Islands of Saint Thomas, Saint John, and Saint Croix during the 17th and early 18th centuries. Sugarcane, produced by African slave labor, drove the islands’ economy during the 18th and early 19th centuries. In 1917, the US purchased the Danish holdings, which had been in economic decline since the abolition of slavery in 1848. On 6 September 2017, Hurricane Irma passed over the northern Virgin Islands of Saint Thomas and Saint John and inflicted severe damage to structures, roads, the airport on Saint Thomas, communications, and electricity. Less than two weeks later, Hurricane Maria passed over the island of Saint Croix in the southern Virgin Islands, inflicting considerable damage with heavy winds and flooding rains.

Economy: Tourism, trade, other services, and rum production are the primary economic activities of the US Virgin Islands (USVI), accounting for most of its GDP and employment. The USVI receives between 2.5 and 3 million tourists a year, mostly from visiting cruise ships. The islands are vulnerable to damage from storms, as evidenced by the destruction from two major hurricanes in 2017. Recovery and rebuilding have continued, but full recovery from these back-to-back hurricanes is years away. The USVI government estimates it will need $7.5 billion, almost twice the territory’s GDP, to rebuild the territory.

The agriculture sector is small and most food is imported. In 2016, government spending (both federal and territorial together) accounted for about 27% of GDP while exports of goods and services, including spending by tourists, accounted for nearly 47%. Federal programs and grants, including rum tax cover-over totaling $482.3 million in 2016, contributed 32.2% of the territory’s total revenues. The economy picked up 0.9% in 2016 and had appeared to be progressing before the 2017 hurricanes severely damaged the territory’s infrastructure and the economy.

The Supervisory Authority (ONDCP) Wins Appeal at the Privy Council

A Chaguanas pastor who reportedly attempted to exchange over $28 million in cotton hundred dollar bills for [...]