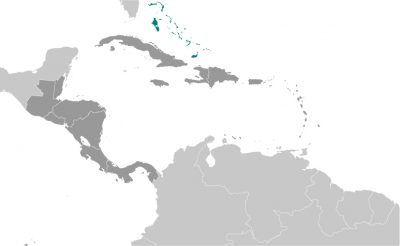 Lucayan Indians inhabited the islands when Christopher COLUMBUS first set foot in the New World on San Salvador in 1492. British settlement of the islands began in 1647; the islands became a colony in 1783. Piracy thrived in the 17th and 18th centuries because of The Bahamas close proximity to shipping lanes. Since attaining independence from the UK in 1973, The Bahamas has prospered through tourism, international banking, and investment management. Because of its location, the country is a major transshipment point for illegal drugs, particularly shipments to the US and Europe, and its territory is used for smuggling illegal migrants into the US. Current Prime Minister Hubert MINNIS is only the fourth prime minister in Bahamian history following its independence from the UK; he is also the first prime minister in 25 years besides Perry CHRISTIE and Hubert INGRAHAM, who repeatedly traded the premiership from 1992 to 2017.

Economy: The Bahamas has the second highest per capita GDP in the English-speaking Caribbean with an economy heavily dependent on tourism and financial services. Tourism accounts for approximately 50% of GDP and directly or indirectly employs half of the archipelago’s labor force. Financial services constitute the second-most important sector of the Bahamian economy, accounting for about 15% of GDP. Manufacturing and agriculture combined contribute less than 7% of GDP and show little growth, despite government incentives aimed at those sectors. The new government led by Prime Minister Hubert MINNIS has prioritized addressing fiscal imbalances and rising debt, which stood at 75% of GDP in 2016. Large capital projects like the Baha Mar Casino and Hotel are driving growth. Public debt increased in 2017 in large part due to hurricane reconstruction and relief financing. The primary fiscal balance was a deficit of 0.4% of GDP in 2016. The Bahamas is the only country in the Western Hemisphere that is not a member of the World Trade Organization.