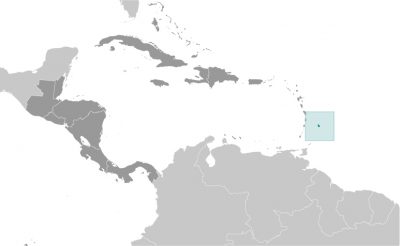 The island was uninhabited when first settled by the British in 1627. African slaves worked the sugar plantations established on the island until 1834 when slavery was abolished. The economy remained heavily dependent on sugar, rum, and molasses production through most of the 20th century. The gradual introduction of social and political reforms in the 1940s and 1950s led to complete independence from the UK in 1966. In the 1990s, tourism and manufacturing surpassed the sugar industry in economic importance.

Economy: Barbados is the wealthiest and one of the most developed countries in the Eastern Caribbean and enjoys one of the highest per capita incomes in the region. Historically, the Barbadian economy was dependent on sugarcane cultivation and related activities. However, in recent years the economy has diversified into light industry and tourism. Offshore finance and information services are important foreign exchange earners, boosted by being in the same time zone as eastern US financial centers and by a relatively highly educated workforce. Following the 2008-09 recession, external vulnerabilities such as fluctuations in international oil prices have hurt economic growth, raised Barbados’ already high public debt to GDP ratio – which stood at 105% of GDP in 2016 – and cut into its international reserves.