The Cayman Islands currently holds the Presidency for ARIN-CARIB

The Presidency of the Asset Recovery Inter-Agency Network for the Caribbean rotates annually amongst member states. In 2018, the Presidency was held by St. Vincent and the Grenadines, in 2019 it was held by Jamaica and for the period 2020-2022 it was held by Trinidad and Tobago.  Currently Cayman Islands, represented by Ms.Toyin Salako, Mr. Garcia Kelly and Mr. Richard Barrow holds the Presidency for the year 2022. 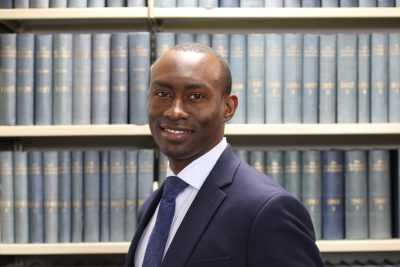 Garcia Kelly is an attorney at law and currently holds the post of Crown Counsel I (Financial Crime) in the Office of the Director of Public Prosecutions, Cayman Islands.

Prior to joining the Cayman Islands team, Mr. Kelly worked as a Civil Litigator at the Attorney General’s Office in Jamaica, before taking up a role at the Office of the Director of Public Prosecutions where he was a part of the Mutual Legal Assistance and Financial crimes team. Key achievements whilst at the ODPP Jamaica included his role in achieving a successful outcome for the central authority in the Trafigura case which resulted in the Privy Council decision of Hinds et al [2021] UKPC 10. He was also part of the team that successfully argued for the implementation of legislative changes to address Advance Fee Frauds (Lottery Scam).

A Chevening Scholarship later allowed him to pursue a Master of laws degree in Corporate and Commercial Law at the Queen Mary University of London, after which he joined the Office of the Director of Public Prosecutions, British Virgin Islands as a Senior Crown Counsel and Head of the Financial Crime Unit.

Whilst at the ODPP Cayman Garcia was co-counsel in a case involving the laundering of approximately seven (7) million dollars in proceeds of crime. This case set the precedent in the Cayman Islands for the definition of criminal conduct under the Proceeds of Crime Act (2020 Revision).

Throughout his time as an Attorney-at-Law Garcia has presented in a wide cross-section of matters at all levels. He has been called upon to lead in cases dealing with serious organized crime

Detective Chief Inspector Richard Barrow has been a member of the Royal Cayman Islands Police Service (RCIPS) for 22 years, having previously served for 5 years with the Royal Barbados Police Force.

During his career with the RCIPS he has worked in various departments including the Criminal Investigation Department (CID), Uniform Section and the Training Development Unit.

As a Chief Inspector he has the distinction during his service with the RCIPS to date of assuming the role the Area Commander for all the Districts within Grand Cayman. DCI Barrow also held the role of Head of the Professional Standards Unit.

In his current role DCI Barrow is primarily aligned to two Financial Investigations teams (Domestic & International) and is also the deputy leader for approximately 100 officers engaged in specialist CID policing. He represents the RCIPS on a number of high profile strategic financial forums that are observed internationally.

DCI Barrow is an advocate for strong and effective leadership and management towards building an efficient police service.

The Presidency of the Asset Recovery Inter-Agency Network for the Caribbean rotates annually among member states. In 2018, the Presidency was held by St. Vincent and the Grenadines and by Jamaica in 2019.  Currently Trinidad and Tobago, represented by Ms. Joan Honore-Paul and Mr. Wendell Lucas, holds the Presidency for the year 2020.

Mr. Lucas is also an Attorney-at-Law with ten years’ practice. He has been an active member of the FBI National Academy Associates for the past six years, as well as the Trinidad and Tobago National Anti-Money Laundering/Counter Financing Terrorism Committee (NAMLC) which led the country off the FATF ICRG compliance list.

Additionally, he is a certified fourth round Mutual Evaluation Assessor with the Caribbean Financial Action Task Force (CFATF) and was part of the Bahamas assessment team. Mr. Lucas is currently a member of the Law Enforcement Agency Working Group (LEA) and leads Trinidad and Tobago’s efforts in the investigation and prosecution of offenders for Financial crimes. 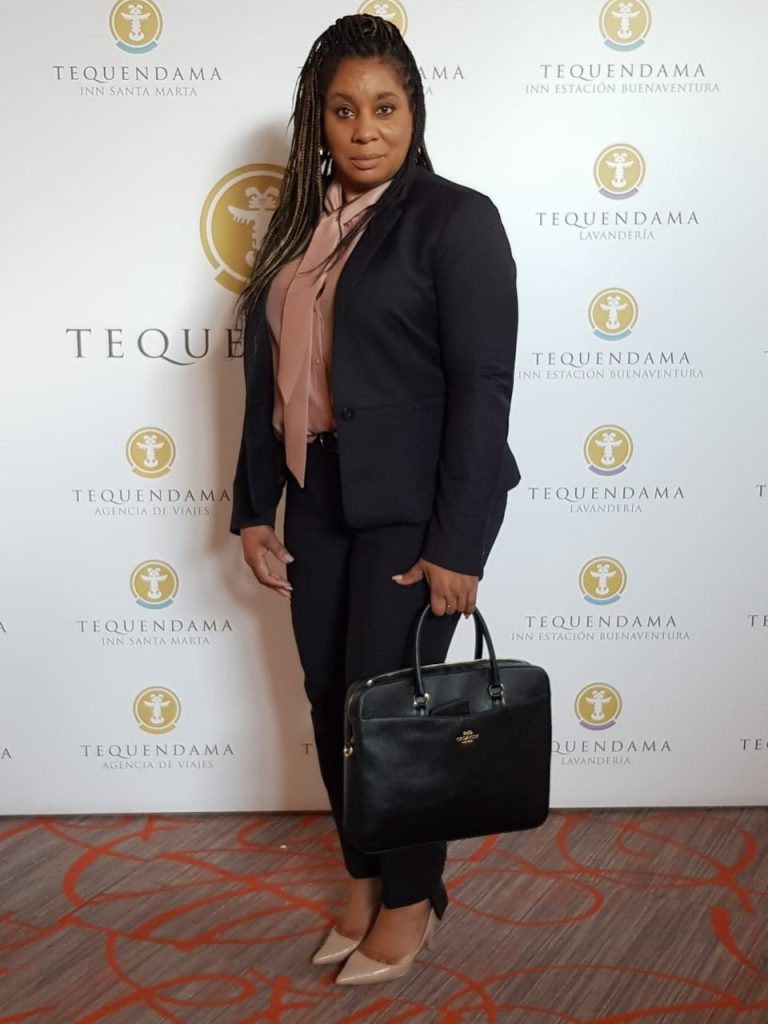 Ms. Joan-Honore Paul is an Attorney-at-Law of thirty years’ experience who currently holds the position of Deputy Director of Public Prosecutions in Trinidad and Tobago. She has been a member of the International Association of Prosecutors (IAP) for the last three years and is a certified fourth round assessor of the Caribbean Financial Action Task Force (CFATF).

Ms. Honore-Paul is also the present chair of the Law Enforcement Agency (LEA) Working Group.  Additionally, she heads the Steering Committee on the reform of Processes in the Director of Public Prosecutions office, a position she has held from January 2012, while assuming the position of that office’s representative on the National Anti-Money Laundering/Counter Financing Terrorism Committee (NAMLC).

Ms. Honore-Paul has twenty years’ experience as a criminal prosecutor. Her areas of professional interest include Asset Recovery and Financial Crimes and to this end, she has prepared and presented several relevant papers, most recently at the 2019 XLVII Meeting of the Group of Experts for the Control of Money Laundering (GELAVEX) in Colombia, which was entitled “Legislative Changes in Trinidad and Tobago in Asset Recovery.’’

Susan Watson Bonner assumed the Presidency of ARIN-CARIB on January 2, 2019.  She is an Attorney-At-Law, called to the Bar on November 16, 2006.  She currently hold the position of the Director of the Financial Intelligence Unit (Actg.) since September 2017.

Mrs. Watson Bonner joined the Ministry of Finance and the Public Service – Financial Investigations Division, on November 1, 2007, as a Legal Officer and has represented the Division in all the courts in Jamaica. In addition to her qualification as an Attorney-at-Law, she is the holder of a B.Sc. Degree in International Relations and Political Science from the University of the West Indies.

Past President for ARIN-CARIB-St. Vincent and the Grenadines ( 2018) 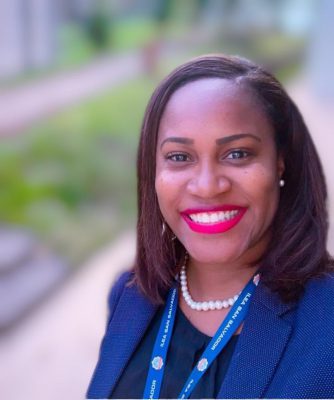 LaTeisha A.R. Sandy is a Barrister and Solicitor.  She joined the Saint Vincent and the Grenadines Financial Intelligence Unit (FIU) in June 2009 as a Legal Officer and was appointed Deputy Director in February 2016 and Director (Ag.) on September 1st, 2018.

Prior to her  appointment as Director (Ag.) she was responsible for making representations on behalf of the Office of the Attorney General in civil forfeiture and civil recovery matters, prosecution of money laundering cases alongside the Office of the Director of Public Prosecutions, the preparation of legal documents, and facilitating stakeholder training.

LaTeisha is a Certified Anti-Money Laundering Specialist (CAMS) and is a trained Fourth Round Assessor of the Caribbean Financial Action Task Force (CFATF) and participated in the Fourth Round Mutual Evaluation of Antigua and Barbuda as the Legal Expert. LaTeisha is also a member of the first Steering Committee of the Caribbean Asset Recovery Inter-Agency Network (ARIN-CARIB) and the inaugural President of the Network.  She is also the Chairperson of the Saint Vincent and the Grenadines National Commission on Crime Prevention.