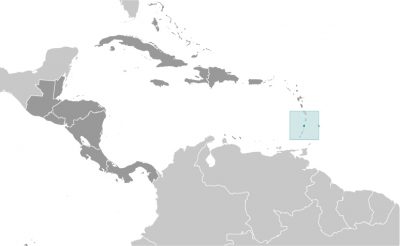 Resistance by native Caribs prevented colonization on Saint Vincent until 1719. Disputed between France and the UK for most of the 18th century, the island was ceded to the latter in 1783. Between 1960 and 1962, Saint Vincent and the Grenadines was a separate administrative unit of the Federation of the West Indies. Autonomy was granted in 1969 and independence in 1979.

Economy: Success of the economy hinges upon seasonal variations in agriculture, tourism, and construction activity, as well as remittances. Much of the workforce is employed in banana production and tourism. Saint Vincent and the Grenadines is home to a small offshore banking sector and continues to fully adopt international regulatory standards.

This lower-middle-income country remains vulnerable to natural and external shocks. The economy has shown some signs of recovery due to increased tourist arrivals, falling oil prices and renewed growth in the construction sector. The much anticipated international airport opened in early 2017 with hopes for increased airlift and tourism activity. The government’s ability to invest in social programs and respond to external shocks is constrained by its high public debt burden, which was 67% of GDP at the end of 2013.