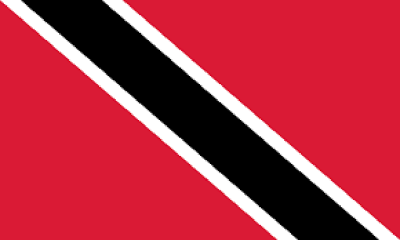 On Monday 21st February, 2022, Her Worship, Chief Magistrate Maria Busby Earle-Caddle sitting in the Port of Spain 8th Magistrates Court, (via virtual hearing) ordered the sum of $334,743.00TTD and $600.00USD be forfeited to the state in accordance with Section 39 of the Proceeds of Crime Act Chapter 11:27, and deposited into the Seized Assets Fund established by Section 58 of the said act.

This matter arose out a Cash Seizure which occurred on Wednesday 18th December, 2019 during the Demonetization of the One Hundred Dollar cotton notes, where the sums of cash amounting to Three Hundred and Thirty- Four Thousand, Seven Hundred and Forty Three ($334,743.00) Trinidad and Tobago Currency and Six Hundred ($600.00) United States Currency were seized from Amrit and Alicia Maraj of No.11 Plum Road, Plumitan Village Manzanilla.

The cash was seized by No. 16529 Ag. Sgt Codrington of the Financial Investigations Branch (FIB) in accordance with Section 38 of the Proceeds of Crime Act Chapter 11:27, after the couple attempted to exchange the cotton One Hundred Dollar notes at the Central Bank of Trinidad and Tobago. A Cash Detention Order was later obtained from the sitting Magistrate, in relation to the seized cash, for the conduct of an investigation into the origin or derivation of the cash.

Following a diligent and comprehensive investigation by No. 20348 WPC Ragoo of the FIB who was detailed to conduct investigations following the cash seizure, a file along with an application was submitted to the Director of Public Prosecutions who upon being satisfied with the findings of WPC Ragoo signed an application for the forfeiture of the seized cash.

During a Virtual Hearing on 21st February, 2022 the Chief Magistrate ordered the Forfeiture of the seized cash to the State. The State was represented by State Counsel Victoria Manun of the Office of the Director of Public Prosecutions, while Amrit and Alicia Maraj were represented by Derick Baliram of KR Lalla and Company.