On Wednesday January 19, 2022, Ms. Cyrilla Agatha Hippolyte appeared in the High Court before Justice Georgis Taylor where she pleaded guilty to charges of both stealing and money laundering. 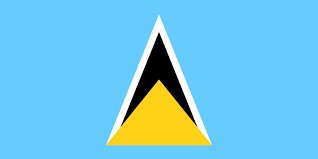 Ms. Hippolyte, a former employee of a NIPRO subsidiary, had previously been charged by police in July 2019 for the offence of stealing by reason of employment, for the theft of over XCD $300,000.00 from the organisation.

On January 24th, 2020 the accused was also charged with four counts of money laundering by officers attached to the Financial Intelligence Authority.

Unable to meet bail conditions, Ms. Hippolyte had remained remanded in custody at the Bordelais Correctional Facility from July of 2019. Following Wednesday’s conviction, the court set a sentencing date of 14th May, 2022 for the accused.

Under the provisions of the Money Laundering (Prevention) Act, a person convicted on indictment for the offence of Money Laundering can face a maximum of up to fifteen years imprisonment and /or a maximum fine of two million dollars.

About the Author: Kisha