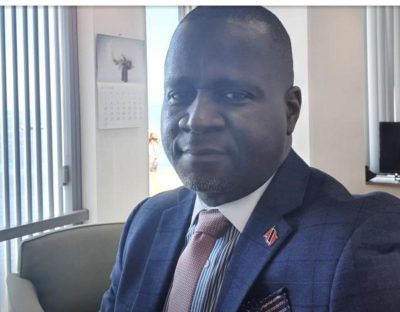 Four years after $119, 500.00 TTD was seized from Gang Leader Sheron Sukhdeo at Bocas Avenue, Lange Park Chaguanas during a crime exercise conducted by the Financial Investigations Branch, the presiding Magistrate at the Chaguanas Magistrate Court Magistrate Adrian Dharmanie on the 12th November, 2021, ordered the forfeiture of the said $119,500.00 TTD dollars along with all accrued interest in accordance with the Proceeds of Crime Act.

The cash forfeiture investigation commenced on 31st July, 2017 following the seizure by an FIB investigator pursuant to Section 38 of the Proceeds of Crime Act Chapter 11:27. On 3rd August, 2017 an application for a cash detention order was made at the Chaguanas Magistrate’s Court before Magistrate Ms Joanne Conner, who granted the order for a period of three (3) months to allow for continued investigations into the origin or derivation of the cash, and for consideration to be given to the institution of criminal proceedings against any person for an offence with which the cash was connected.

In July 2019 the Director of Public Prosecutions signed an application for Forfeiture of the seized cash and the application was later filed at the Chaguanas Magistrate’s Court. This notwithstanding the fact that Sheron Sukhdeo on 26th March, 2018 was shot and killed outside of his Chaguanas home by unknown assailants.

The state was represented by State Attorney Ms Subrina Dougdeen-Jaglal of the office of the DPP. Director of the FIB Snr Supt Wendell Lucas commended the investigators involved in the matter including PC Thompson, Sgt Marcelle (the seizing officer) and the Head of the Investigative Team-Woman Inspector Mc Kenzie. PC Thompson is now assigned to the Cash Seizure Team headed by Inspector Seecharan.

The Director also extended special thanks to the Office of the Director of Public Prosecution and State Counsel Mrs Jaglal for her tireless work in prosecuting the matter.