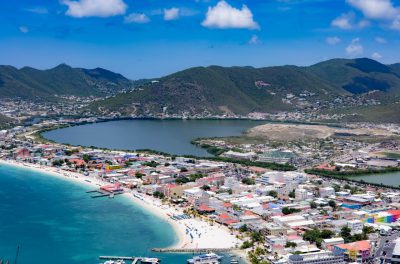 Since its inception, the Dutch Caribbean’s Anti-Corruption Task Force, commonly known by its Dutch acronym TBO (Team Bestrijding Ondermijning) has tackled several large-scale investigations in the Caribbean part of the Dutch Kingdom. Their work in asset recovery/financial investigations has yielded positive results in several high-profile cases involving multi-million-dollar asset recovery verdicts within the last two months of 2021. TBO was created in 2016 as a project-based approach to tackle corruption and related crimes.

As of this year, the team has transitioned into a structural sustainable approach. TBO focuses on different aspects of corruption such as serious forms of tax fraud, embezzlement of public funds, forgery of documents, and money laundering. In one such case, a former MP of Sint Maarten Member of Parliament was found guilty of having requested substantial sums of money from a construction company, or its contractor and owner of a hardware store, for repairs of storm damage to the “LEA-building” in which government-owned agency Bureau Telecommunication and Post (BTP) is located. This concerns repair of damage caused by Hurricane Irma in September 2017. He was sentenced in the Court of First Instance to 12 months imprisonment and ordered to satisfy a payment of criminal proceeds in the sum of US $477,050. Furthermore, he was also banned from running for public office for three years. This case (order) is being appealed. In another case, the former Chief Executive Officer (CEO) of the Port St. Maarten Group was ordered by the Court of First Instance to pay US $4.6 million (NAf. 8,315,278) to the country of St. Maarten. This verdict, which was handed down in December 2021 stemmed from the CEO’s January 2020 conviction for fraud. The case (order) is also now being appealed.

Recently, in a case related to yet another legislator, the Court of First Instance on Sint Maarten handed down another sentence to a former civil servant, now suspended Member of Parliament, for his involvement in irregularities at the Philipsburg Landfill.

Investing in the Fight Against Corruption

This continued fight against corruption in the Caribbean countries of the Kingdom of the Netherlands was given a significant boost by more funds being allocated to the jurisdiction from the Government of the Netherlands. From 2016 to 2021, TBO received annual funding of twelve million euros, totaling seventy-two million euros €72, 000.000 (US $81.4 million) for that period. However, from 2022 the funding for TBO will be almost doubled, moving from 12 million euros to 25 million euros (US $28.3 million) per year until 2025. With this increase in funding, the organizations forming TBO – Kingdom Detective Cooperation Team RST, the Office of the Attorney-General OM Carib (read Prosecutor’s Offices for Curaçao, Sint Maarten and the BES-islands), the Office of the Attorney-General of Aruba and the Joint Court of Justice of Aruba, Curaçao and St. Maarten, Bonaire, St. Eustatius and Saba – can recruit additional capacity for the subversive approach in the Caribbean as of 2022.